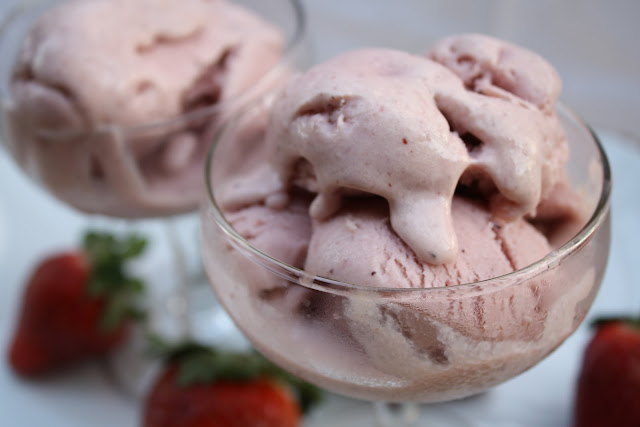 I've never understood the hoopla around buttermilk.  I've always thought my standard pancakes were quite delicious as is, thankyouverymuch. Anytime I needed to add tang to a recipe, I always used yogurt.  However, I made some cranberry buttermilk pancakes sometime last year during the Thankgsgiving Christmas food-fest.  They were absolutely delicious; really, everything that the linked post describes them as.  Even though I also made some buttermilk biscuits that were somewhat of a fail, I decided that there might be something to this buttermilk thing after all. 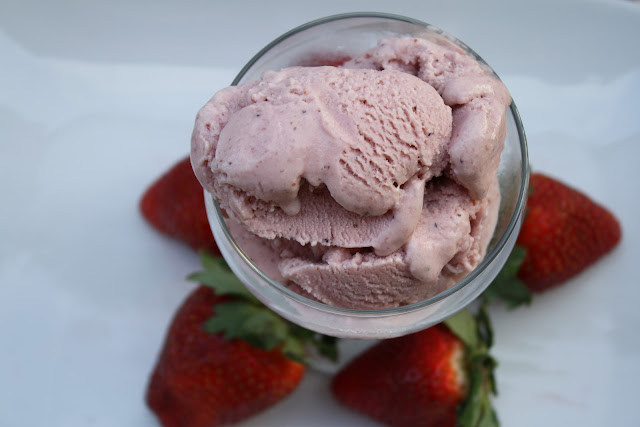 The only problem with buttermilk is that it is only sold in quart containers and, yet, most recipes only call for a cup or less.  The few times that I have attempted buttermilk anything, almost half the container will go to waste because I can't think of anything else to make.  (Although, I have learned that buttermilk can be frozen.)

I didn't want my buttermilk to go to waste, so I coordinated another cranberry buttermilk pancake make (I know, that makes no sense, but just go with it.) with an ice cream recipe that called for buttermilk.


I did a search on buttermilk ice cream recipes but they either required an entire quart of buttermilk or they only needed 1/4 cup or so.  This was not only annoying, but also sooo not helpful because I about 2 cups to work with.

I finally found a recipe that used equal parts buttermilk and cream (which is good because I didn't have any milk). It also called for strawberries, which I had and wanted to use up.  After I realized that I needed to double the recipe to make the amount I needed and to use up all of my buttermilk, I decided to add some blueberries that were languishing in the fridge.  And that is how berry buttermilk ice cream was born! 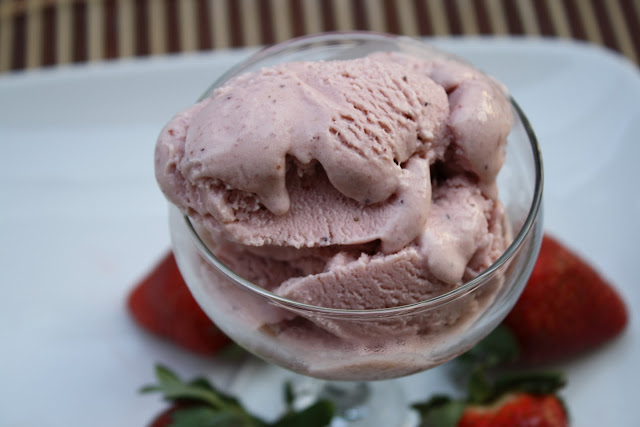 Berry Buttermilk Ice Cream
Adapted from StressCake, who adapted it from a David Lebovitz's, The Perfect Scoop

Use any type of berries by themselves or a combination of berries. I imagine that peaches would be wonderful as well.

While the strawberries are macerating, heat the cream and 1/2 cup sugar in a saucepan over medium heat, until the sugar is dissolved.  While that is heating, whisk the egg yolks in another bowl.  Using a small ladle, pour a little bit of the hot cream into the yolks, whisking constantly, until you can't ladle anymore. Add the remaining hot cream, whisking constantly.  Pour the warmed egg-cream mixture back into the saucepan. Continue heating the mixture over medium heat while stirring constantly with a wooden spoon (or other heatproof utensil), scraping the bottom as you go, until the mixture thickens and coats the spoon (170°F on an instant-read thermometer). Pour the custard through a strainer into a medium bowl.

In a blender, puree the macerated strawberry mixture until smooth. Strain, if desired (I did, because I find blueberry skins unappetizing). Combine the custard mixture and the pureed berries.  Chill the mixture thoroughly in the refrigerator, but preferably overnight.  Just before churning, add the cup of cold buttermilk and stir to combine.  Freeze it in your ice cream maker according to the manufacturer’s instructions. 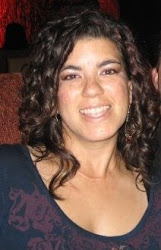